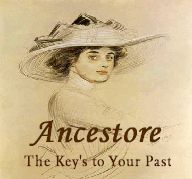 With Passage Express you can transform your family history research into a professional looking multimedia presentation with just a few clicks of the mouse. It’s never been easier to share your hard work with those you love.

The Source: A Guidebook of American Genealogy

Since 1984, The Source has set the standard for family history references, winning the ALA "Best Reference" award and earning the top spot on Family Chronicle's "Top 10 Genealogical Books" list. This new third revised addition has four new chapters with an additional 150 pages...


French-Canadian Sources provides detailed explanations about the major primary and secondary sources available to those seeking French-Canadian ancestors. This book is a six-year collaborative effort of the eight members of the French Canadian/Acadian Genealogical Society of Wisconsin's Publication Committee, who worked together to compile, revise, and update articles relation to research and sources that had been published in the association's quarterly publication over a period of some fifteen years...

Discover facts about your ancestors in unexpected places--some right under your nose!
Now, anyone wanting quick, easy-to-access information about how to find their ancestors will be immediately pointed in the right direction. In Hidden Sources, first-time, part-time, and even full-time researchers will find many little-known sources that may contain information about their ancestors' lives...

Red Book is the culmination of several years’ worth of research on the part of scholars, historians and professional genealogists. Arguably the finest reference ever compiled on United States research, Red Book consistently ranks high on the “must-have” lists of several well-known genealogy publications. The third edition of Red Book effectively builds on the hallmarks of the original – namely thoughtful organization as well as in-depth coverage of the best libraries and archives in the United States. Red Book also promises to take genealogy into the 21st century through updated text devoted to the wealth of information now available from the internet...